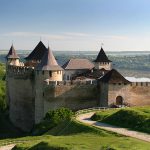 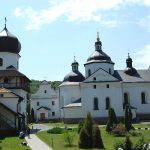 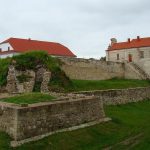 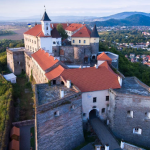 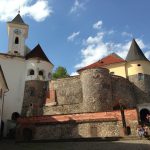 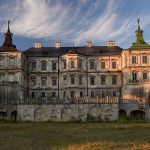 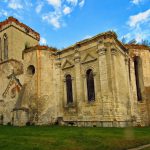 The history of Ukraine is extremely complicated and restless, from the very beginning there was a huge number of wars in this territory and the states and their borders often changed, first of all it concerns the Western Ukraine. Accordingly, each monarch, tycoon, landowner tried to protect himself from danger and protect his possessions, so often this region is called the country of castles and fortresses. For centuries, not all were preserved, and those that are preserved are now in a different state, but they all witness the heroic stories and legends. During this trip, you will be able to visit well-known defense complexes (Palanok castle, fortresses in Kamyanets-Podilsky and Khotyn, castles of the Golden Horseshoe of Lviv region) and little-known fortresses in Nevytsky, Zbarazh, Chortkiv and other towns. Be prepared for mysterious stories and meetings with castle ghosts !!!

Palace-castle complexes of Lviv region, Ternopil region, Transcarpathia and Podillya. The beginning of the trip is the western most region of Ukraine - Transcarpathia. At first, getting acquainted with the capital of this region – Uzhgorod and its fortress Uzhgorod castle. Walk around the downtown. Optional visit to the Museum of Folk Architecture. Not far from the city on the river Uzh the reisan other legendary castle of brides- Nevytsky Castle in the village of Nevytske.
2

Today three Transcarpathian fortresses are waiting for you. Originally on the way to Mukachevo, you will see the remains of the Srednian Castle, which is associated with the medieval Knights of mythical Templar Order. Then the road will lead you to the foot of a 68-meter-high mountain in the middle of the plain, on which Palanca Castle rises. This castle, probably the best preserved in comparison with others, has been restored in recent years and offers its visitors historical and art museums of this region. After reviewing the Palanok castle, you leave Transcarpathia, but on the way is another small stop near the cozy castle of the graphs of Shenborn (18th century). On the way to Lviv via Veretsky Pass you can enjoy the Carpathian nature once again.
3

Getting acquainted with Lviv you will also start from Castle mount. The Lviv High Castle is known to many, but unfortunately the remains of the castle present only a fragment of the wall for now. After the panoramas of the citywe will take a journey into the medieval Lviv. Walking tour of the ancient streets of Lviv. After lunch, a trip to Zhovkva- a cozy city of the Renaissance with the remnants of the defensive walls, the castle of the Zolkiewski and Sobieski families and even the defensive synagogue. After this, on the way to Lviv as a rest from a long day, we will enjoya short visit to Krekhiv Monastery, the buildings and walls of which, as well, have protected their inhabitants many times. Return to Lviv.
4

After breakfast, you will go east of the city to visit the most famous castles of the region that are traditionally included in the tourist route "Golden Horseshoe of Lviv Region" they are departments of the Lviv Art Gallery, on the way to Ternopil. Olesky Castle will offer you, in additional to the castle stories, a permanent artistic exhibition. In Pidgirtsi you will find Galician Versailles, a magnificent palace - castle complex of the 17th century. And in Zolochivyou alsowill encounter an unexpected surprise - a Chinese palace with an exhibition of Oriental art in the courtyard of the castle. Staying overnight in Ternopil.
5

Today, the castles of Ternopil region are waiting for you. At first you will visit the best preserved castle complex of Ternopil region in Zbarazh with its museum treasures. Then the ancient prince city of Terebovlya, where, besides the remnants of a once mighty castle, there were preserved cult buildings, which also protected the inhabitants of the city with their walls: St. Nikolay church of the 16th century with a special battle tier of loopholes, the Carmelite monastery of 1635-1639 and others. On the way to Podillya visit to Chortkiv. The 16th-17th century castle remained in good conditionthere, besides you will see the Market with pavilions of the 19th century, the Dominican Church, the synagogue. A stay overnight in Kamyanets-Podilsky.
6

In the morning, a review of the city on a stone, its market square, the Armenian quarter, the cathedral of Peter and Paul, the Dominican monastery and of course the legendary castle on the river Smotrych. After dinner, the trip to the banks of the Dniester to Khotyn fortress, which now attracts not invaders, but tourists and cinematographers.
7

Return to the capital of Galicia. On the way, short visit to small neighboring towns, which are also known for their castles and architecture, which unfortunately are not everywhere well preserved. Town Buchach with its city hall, which is considered the most beautiful baroque building of this type in Ukraine, is the creation of the famous tandem of Bernard Meretin and John George Pinzel. Pidgaytsi, where from the ancient castle of the princes of Czartoryski remained only the remnants of the foundations. The oldest building in the town is the synagogue of the 16th century. Preserved ruins of once magnificent church of 1634, and in 1650-1653 the Uspensky church was erected with loopholes around the facade, indicating the defensive character of this temple. Berezhany with the former city pearl - Berezhany castle, built by the family of the Seniyavsky in the 16th-18th centuries together with the church of the Holy Trinity in 1554, which became a generic burial ground. And finally, there is one more sight Podilsky castle in Svirzh, which also quite often falls into the eyes of directors.
8