In the heart of old ruthenian state 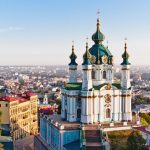 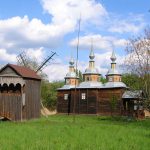 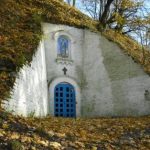 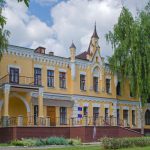 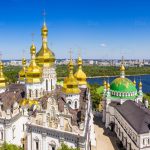 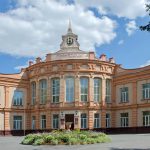 Kievan Rus from the 8th to the 13th centuries was one of the most powerful powers on the European continent and stretched from the Baltic to the Black Sea. The center of this country was today’s capital of independent Ukraine – the city of Kyiv. In spite of the destruction during various wars, there are still many monuments of the Old Russian state (the Cathedral of St. Sophia, the Golden Gate, the remains of the Church of the Tithes, the Kyiv-Pechersk Lavra and many others). But not only in the “so-called city” you can feel the spirit of ancient times: Pereyaslav-Khmelnytsky, Chernihiv, Lyubech, Novgorod Seversky, each of them will tell something interesting about the life of the ancestors of modern Ukrainians.

Getting to know the capital of Ukraine. Bus and pedestrian excursion in the city with the visit of Podil, Andrew's uzviz (market), the remains of the princely city near the masterpiece of baroque architecture - St. Andrew's Church, St. Michael's Golden-Domed Monastery, Volodymyr Hill and one of the oldest churches in Ukraine - the temple of St. Sophia.
2

Today you will visit the world-famous sacred complex of the Kievo-Pecherska Lavra. In addition, in one of the buildings of the monastery is a museum of historical treasures of Ukraine, where you will be able to see many valuable findings of archaeologists from different places of Ukraine and of different times. After lunch, you’ll enjoy the free time.
3

You are invited by the city-museum Pereyaslav-Khmelnytsky. One of the oldest Ukrainian cities offers a lot of interesting things to its guests. After visiting the city you will visit the Museum of Folk Architecture and everyday life, where you can see the development of building technologies from ancient times (the late Neolithic, Trypillya and Chernyakhiv cultures) on the territory of Ukraine. Optional visit to the museum "Kiev Rus" (Museum of the History of Architecture). Return to Kyiv.
4

The journey along the roads of Kiev Rus continues to the north. Chernihiv - one of the largest cities of Kiev Rus, preserved to this day many monuments of the princely age. While visiting the city you will visit: the Savior Cathedral - one of the oldest preserved churches of Kievan Rus, founded earlier than Sophia of Kiev; Borisoglibsky Cathedral, erected in the middle of the XII century, on the remnants of the stone building of the XI century; Ilyinsky church, built in the XII century, on the slopes of the Boldine Mountains at the southern entrance to Antony's caves as a baptismal church, and together with the caves, the Ilyinsky monastery was founded; Paraskeva Church. It was built at the end of the XII - early XIII century. in the Chernihiv region near the market in honor of the patroness of trade Paraskevy Pyatnytsa.
5

Trip to Lyubech. The city is located on an important water trade route "from the Vikings to the Greeks". In 1097, in the prince's castle of Lyubech (now Zamkova Gora), a meeting of princes from all over Rus aimed at ending civil wars. In addition, it was in Lyubech, that Antony Pechersky was born and began his associate activity,he founded cave monasteries in Lyubech, Kiev and Chernihiv. Even in his youth, he dug out on the outskirts of the city a cave, which was used by monks for years. Fortunately, the cave is well preserved to our time. We will also look at the temple of the early 19th century, the remains of the Mansion of the Polubotky family.
6

Trip to Sivershchyna. Motherland of a famous ancient ballad-poem "The words about the regiment of Igor" - a literary masterpiece of the times of Kiev Rus. For the first time Novgorod-Siverskyis mentioned in "Instruction of Volodymyr Monomakh" (1078-1079). At the end of the XI century. according to the decision of the congress of princes in Lyubech (1097) Novgorod-Siversky became the capital of the Siversk principality. In the city you will visit the Historical and Cultural Museum-Reservation "The Words of the Igor's Regiment" with its interesting memorials. The main Transfiguration Cathedral was built on the project of St. Petersburg architect G. Quarenghi in the late XVIII century. Other interesting monuments of architectureare also preserved in Novgorod-Siversky. The wooden Mykolaiv church of 1760 and the masonry church of the Assumption of 1671, the trade ranks and warehouses of the late 18th century, the male and female gymnasiums, and much more. In the evening, a return to Chernihiv.
7

Return to the capital. On the way from Chernihiv you will also be able to visit the town of Kozelets. After lunch, free time in Kiev. Departure.