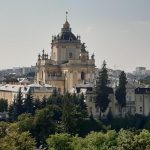 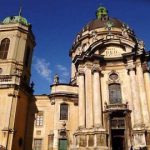 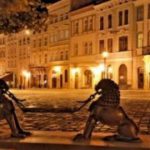 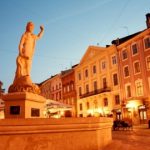 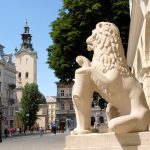 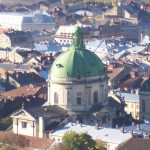 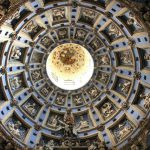 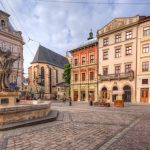 Lviv became the No. 1 tourist attraction of Ukraine. Every year more and more Ukrainians and foreign visitors want to get acquainted with the capital of Galicia. In one day, it’s virtually impossible to find a city with such a multifaceted history and culture, many do not have enough for this and for life. We invite you to plunge into the city of Lion for a few days, walk through the most famous neighborhoods of the city, see it from the altitude, visit the most famous Lviv museums and, of course, find the most delicious Lviv coffee and beer for yourself. Looking forward to seeing you in Lviv !!!

Arrival to Lviv in the morning. Meeting at the train station. First acquaintance with the city: its history and geography. Religious denominations of Lviv. Neogothic church of St. Elizabeth and Olga. Pearl of the Ukrainian Baroque - St. George's Cathedral. Lviv is the administrative and financial center of the Habsburg monarchy. Kingly Lviv is the capital of the Ruthenian kingdom. Onufriivsky monastery is the burial place of the first-printer Ivan Fedorov. The princely churches of St. Nicholas and St. John the Baptist. Overview of the panorama of the city from the mountain of High Castle (the highest point of Lviv). Transfer by bus to the city center.
2

Today you will visit the first and the most famous museum of the city of Lev, an open-air museum –museum of medieval Lviv, which since 1998 has been protected by UNESCO. You will take walk through the narrow streets that create a unique atmosphere of a recognized world sight. Lviv Cathedral of St. Apostle Peter and Paul of the Order of the Jesuits, the Latin Cathedral and the Boim's Chapel, the Rynok Square, the Armenian Quarter, the Pharmacy Museum, the Dominican Cathedral, the architectural ensemble of the Cathedral of the Assumption of God's Mother, the defensive structures of ancient Lviv, the former Jewish Quarter, St. Andrew's Cathedral and the monastery of the Bernardine Order, the monument to DanyloHalytsky, the Mary’s Square and Adam Mickiewicz Square. These are only the most famous charm of the old Lviv. And of course you will be able to choose the most interesting coffee shop to rest along the way and enjoy the fragrant coffee to futher continue the journey.
3

Today you will visit 2 authentic outdoor museums. Excursion to the Lychakiv Cemetery. Graves of I. Franko, M. Shashkevich, S. Krushelnytska, S. Lyudkevich, other prominent figures of religion, science and culture. The military memorials of the UGA soldiers, well-known burial places of Polish soldiers "Cemetery of eaglets" and Soviet soldiers called the Mars Field. You will visit the Museum of Folk Architecture and everyday life in Shevchenkivskyi grove, where a beautiful architecture of the western regions of Ukraine is reproduced in a beautiful landscape. After lunch, the legendary Lviv Brewery with its up-to-date museum and, of course, fresh honey beer are waiting for you. You can continue to taste beer in one of the Lviv beer restaurants with their's own home brewery and delicious cuisine during dinner.
4

Now you will travel the streets and courtyards in search of the best coffee-house of the city. You will be able to discover the culture of the Lviv coffee shops, its history and fables. We will start learning the history of coffee shops in Lviv, beginning from the legendary "Videnka", which until now is one of the cafes for business meetings. Next we will go to Andreolli's former passage, where according to one version there was the first LvivTsukernya. The market area and the streets of the old city also have many places of attraction for coffee-holicks: Armenian coffee shop, Dzyga, Fresco, Noah's Ark, Coffee World, Under a Blue Bottle, Golden Ducat and others. This huge variety will allow you to choose coffee and legends to your liking. An excellent completion of the day will be the visit of the Lviv Opera House. Without it, it would be hard to imagine the cultural life of Lviv, and in general this building is one of the main symbols of the city. After a tour through the theater halls, you can, depending on the schedule, enjoy one of the performances.
5

Two more treasures await your attention. These are the collections of European and Ukrainian art in the Gallery of Art and in the National Museum A. Sheptytsky After a lunch in a habitualLviv restaurant, you will bid farewell to the city.