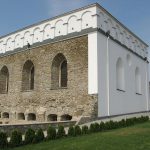 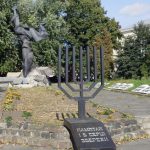 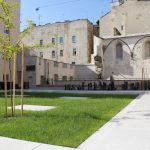 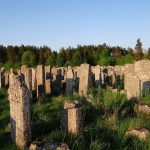 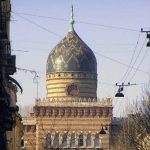 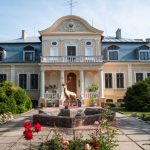 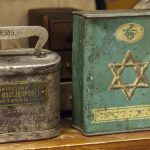 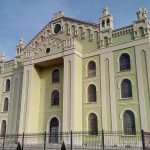 In the 19th century, Eastern Galichyna was on the first place city in Europe for the average number of Jewish population in the region. Unfortunately, this situation changed dramatically after the Second World War. However, Lviv and its surroundings can still offer guests who are interested in Jewish history and culture. Lviv has been an important center of the Jewish community since the Middle Ages, so many famous names are associated with the city (Martin Buber, Shalom Aleichem, Rafal Lemkin, Gersh Lauterpacht, Ludwig von Mises and many others). In addition to Lviv, you will visit the villages of Joseph Root and Bruno Schulz, the world-famous Galician writers of Jewish origin, and feel the atmosphere of a true shtetl.

Arrive to Lviv. Accommodation at the hotel. Bus tour of the city with the visit of not only famous historical places of Lviv but also the territory of the old Jewish quarter on the Krakivsky suburb, the building of the former Jewish hospital, a synagogue of progresysts, a Jewish community building, a house where for some time lived a famous Jewish writer Shalom Aleichem, as well as the only synagogue currently operating. You will also be able to visit the Jewish burial ground at Yanivsky Cemetery and a monument dedicated to the victims of the Lviv ghetto during the Second World War. Dinner.
2

Breakfast. Walking tour of the city center of Lions. Passing through the old streets around the Market Square you will get acquainted with the interesting and multicultural history of the medieval Lviv. Of course, you will also visit the former Jewish Quarter in the city center. You will inspect the buildings that were left after many pogroms, as well as the remains of the once most famous and mysterious synagogue "Golden Rose". Dinner. After dinner, you can visit the Lviv Museum of the History of Religion, where a part of the life of the Jewish community is also presented. Visiting the Opera House in the evening.
3

Breakfast. A trip to the once second most important center of Jewish life in Galicia –city Brody. There you will visit the old Jewish cemetery, the Great City Synagogue, as well as places associated with Joseph Roth. Lunch in the restaurant "Gridnytsya" in the Olesko castle. After visiting the castle, a return to Lviv.
4

Breakfast. Trip to Drohobych, a city with once large Jewish community. You will see the buildings of the former synagogues, including one of the largest in the region, strolling through the city of Lan, where Jews once lived, and places connected with Bruno Schultz, which is called "Galician Kafka". If you wish, you will be able to meet with a representative of a small Jewish community of the city and visit the Jewish cemetery on the outskirts of Old Sambor. A return to Lviv.