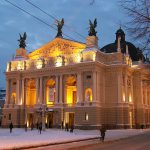 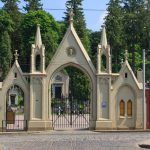 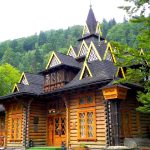 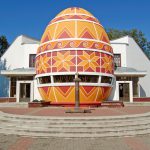 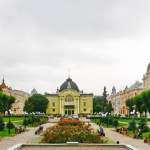 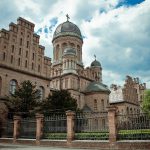 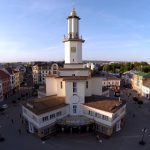 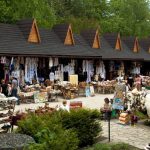 Galichyna or Bukovina, you wont find on the maps of Ukraine right now, these two neighboring historical regions, which, despite the difficult history, saved many treasures for travelers. Both the capitals of the regions once were also the capital cities of the provinces of the Hapsburg Empire and preserve the UNESCO world heritage sites: the Old Town in Lviv and the former residence of Metropolitan Bukovina and Dalmatia in Chernivtsi. In addition to these cities, you will be able to get acquainted with other historic towns: Rohatyn, Galich, Ivano-Frankivsk, Snyatyn, and get acquainted with the customs and art of Hutsuls in Yaremcha and Kolomyia.

Arrival to Lviv. Accommodation at the hotel. Bus tour of the city with a view of the panorama of Lviv from the High Castle mountain, the Greek Catholic Cathedral of St. George, the buildings of the former Galician Sejm, the Palace of Scientists, former Bernardine Monastery, Lychakiv Cemetery and more. Visiting the Opera House with a tour and the opportunity to view the performance.
2

Walking tour of the city. An overview of the most interesting sights of the medieval Lviv. Market Square with City Hall, Latin and Armenian Cathedrals, Assumption Church, former Dominican and Jesuit Monasteries, Powder Tower, Pharmacy Museum and more. Dinner. After dinner, a visit the Shevchenko Grove - the Museum of Folk Architecture and everyday Life, or the National Museum with the largest collection of Ukrainian icons in the world. Visit Vernisage and purchase souvenirs in memory of the city of Lion. Dinner in one of the Lviv restaurants with national cuisine.
3

A trip through Ivano-Frankivsk to the Ukrainian Carpathians. In Frankivsk, the walk of the city center and the further transfer to Yaremche, one of the most famous mountain resorts. Visit of the Hutsul bazaar in Yaremcha and lunch at the restaurant "Gutsulshchina". After dinner transfer to Chernivtsi city. Accommodation at the hotel.
4

City tour with a visit to the university - the former residence of the Bukovinian metropolitans, the church of St. Nicholas, city theater and other interesting sights of the city.
5

Departure to Lviv. On the way, visit the unique Pysanka Museum in Kolomyia. A flight back home.